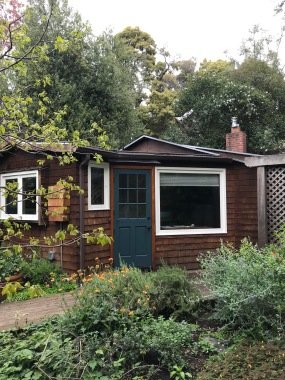 It’s hard to be a fan of bureaucrats –
we’ve made them rigid figures, comically.
But now they’re stand-up heroes, on the mats
of surreal contests, speaking honesty
to power. Clerks and agents in white hats
are damming up the ooze of tyranny.
(I never dreamed when I was young and high
there’d come a day I’d laud the FBI).

The evil force, the darkest energy,
erupts from the administrative branch
in tweets of petulance and calumny,
sustained by senators who fail to stanch
the turpitude, and make a mockery
of fairness, so bad choices avalanche,
and then they blame the past, or even try
to throw beneath the bus the FBI.

Accustomed to appreciate all first
responders, liking teachers, thanking vets,
we’re noticing cashiers in stores, well-versed
in extra sanitation, pulling sets
in tough conditions nobody rehearsed,
garbage men at work. No one forgets
the valiant nurses, treating on the fly,
more Herculean than the FBI.

And given that the feds are worse than mute,
that states and subdivisions have to pitch
this battle, there’s no proper substitute
for individual response. The which
is all: cooperation or a brute
defiance – ignorance too vain to switch
or stupid, like a Trumper or a guy
more into keggers than the FBI.

This entry was posted in Civics, Coronaverse, Philosophy, Poetry and tagged Poetry. Bookmark the permalink.